Super Eagles of Nigeria striker Victor Osimhen fired Napoli to the Italian Serie A summit after he scored the winning goal during the matchday eight clash with Torino at the weekend. Osimhen scored the only goal of the game with nine minutes remaining on the clock to hand Napoli a 1-0 home win over Torino. 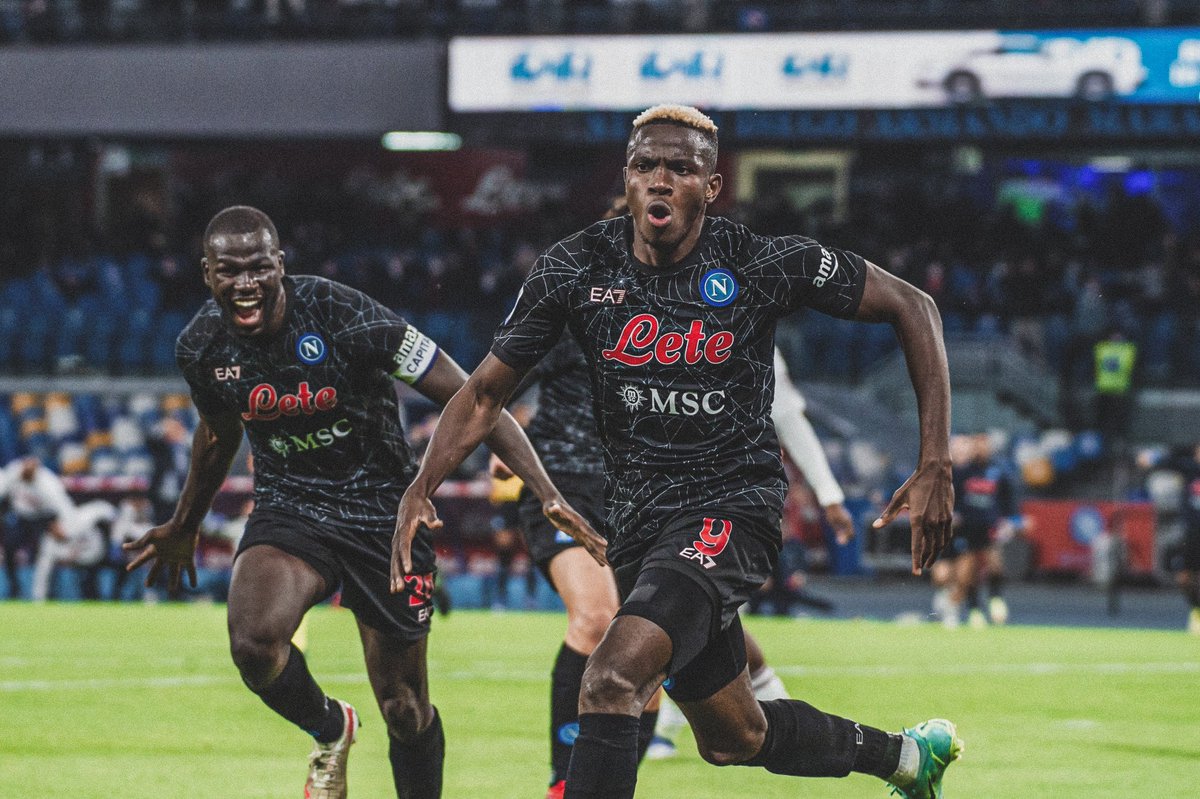 Nigeria international Osimhen has been the spearhead for Napoli in their quest to mount a sustainable league title challenge this season. The club-record signing has been able to show his status as a quality striker in the colours of Napoli this season.

Napoli have started the new Italian Serie A season with a perfect record under new manager Luciano Spalletti and it was on the line against Torino on Sunday before the timely intervention of Nigeria striker Osimhen. The Italian Serie A leaders had an unblemished record of seven straight wins at the start of this season ahead of the Torino game and they could have taken the lead in the first half of the home clash with Torino but Italian international Lorenzo Insigne was unable to find the back of the net via a spot kick. Insigne has now missed three of his last five penalties for Napoli.
Insigne was a relieved man in the end thanks to the late goal from Nigeria striker Osimhenas his penalty miss didn't stop the perfect Italian Serie A record for his team this season.
Milan had taken the Italian Serie A summit from Napoli at the weekend after the Rossoneri came from two goals down to beat Hellas Verona 3-2 at home. The Rossoneri trailed 2-0 at the half-time break but they were able to win the game thanks to three second half goals. Napoli reclaimed the summit with the win over Torino. The slender win restored their two-point lead over Milan at the top of the table.