The Belgian champions are close to beating Serie A giants AC Milan to the signature of one of Nigeria’s most recognised young midfielders in Europe. Nigerian midfielder Raphael Onyedika is on the verge of joining Club Brugge from Danish top division side FC Midtjylland if reports coming out of Belgium are anything to go by. According to the authoritative HBVL, Club Brugge have submitted a nine million euros bid to Midtjylland for the transfer of Onyedika. 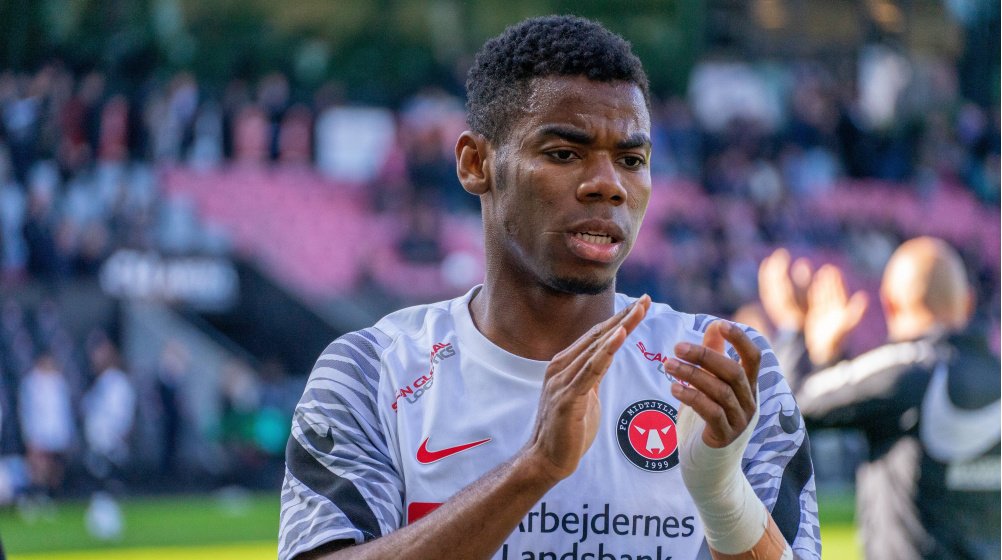 It is believed that FCM, that earlier rejected a €4 million offer from AC Milan, have accepted the deal. Onyedika has featured for every minute in all six league matches this season for FCM, including the 0-2 home defeat to AGF last weekend. But the 21-year-old midfielder has not been training with the FCM first team since Thursday, with his imminent departure the likely excuse for his absence.

The Nigerian forward scored a historic first on his full Premier League debut and on The Reds’ return to the top flight after more than two decades It took Nottingham Forest 23 years to get back to the top flight and their promotion had an element of fate to it. Despite being in the lower rungs of the Championship table in...
Should Club Brugge complete the €9 million move for Onyedika, the young defensive midfielder will become the joint-most expensive signing in the club’s history. Only when signing young Ghanaian forward Kamal Sowah from Leicester City last year have Brugge cough out nine million for a player. Onyedika could also become one of the most high-profile departures for FC Midtjylland.
Only on two previous occasions – Frank Onyeka and Jens Cajuste (both €10m, 2021) – have FCM received more than €9m for a sale in their history. Midtjylland acquired Onyedika almost for free from Nigerian partner club FC Ebedei in 2019. The versatile midfielder is presently valued at €5 million