Dutch champions Ajax Amsterdam have secured the signing of Nigeria international Calvin Bassey in a €23m (£19.6m) deal. The transfer of the Nigerian defender was confirmed earlier on Wednesday. The transfer fee for Basseycould rise to €26.5m (£22.7m) with add-ons. A 10% sell-on fee was also inserted into the transfer that took the Nigerian from Rangers to Ajax. He has signed a five-year deal at Ajax Amsterdam until June 2027. 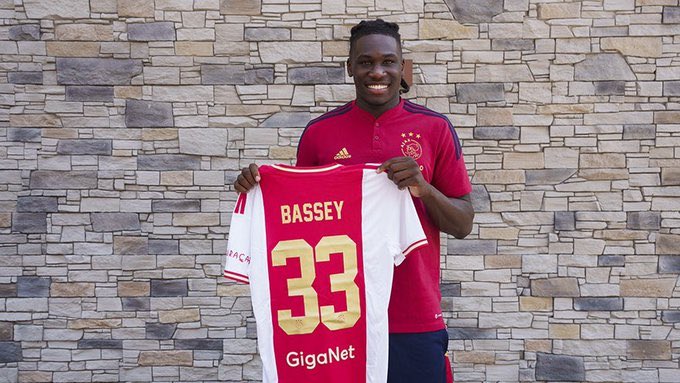 Super Eagles of Nigeria starBasseyleaves Scottish Premiership side Rangers after two years at the club following his move from Premier League team Leicester City. The Foxes were said to have paid around £230,000 for his transfer as Training Compensation Fee. His last act as a Rangers player was in the Europa League final last season as the Scottish giants were beaten on penalties by German side Eintracht Frankfurt. The two clubs had played 1-1 in 120 minutes before they were separated via the dreaded penalty shootout.

Nigeria international Bassey played the whole game. The decisive moment came in sudden death of the penalty shootout when experienced Welsh international midfielder Aaron Ramsey failed to score his penalty thus handing the Europa League title to Frankfurt. In total, Bassey played 50 times for Rangers last season.
Nigeria international Bassey has teamed up with his new teammates at Ajax in Austria. The Dutch champions are currently on a pre-season tour of Austria as they step up preparations for the incoming season.
The exit of Bassey is now the most expensive at Rangers as it eclipsed the record held by Nathan Ferguson after the academy graduate was sold to Premier League side Everton for £16m at the start of this year. The record was acknowledged by a statement from Rangers. 22-year-old Bassey played 65 times for Rangers during his time at the club.