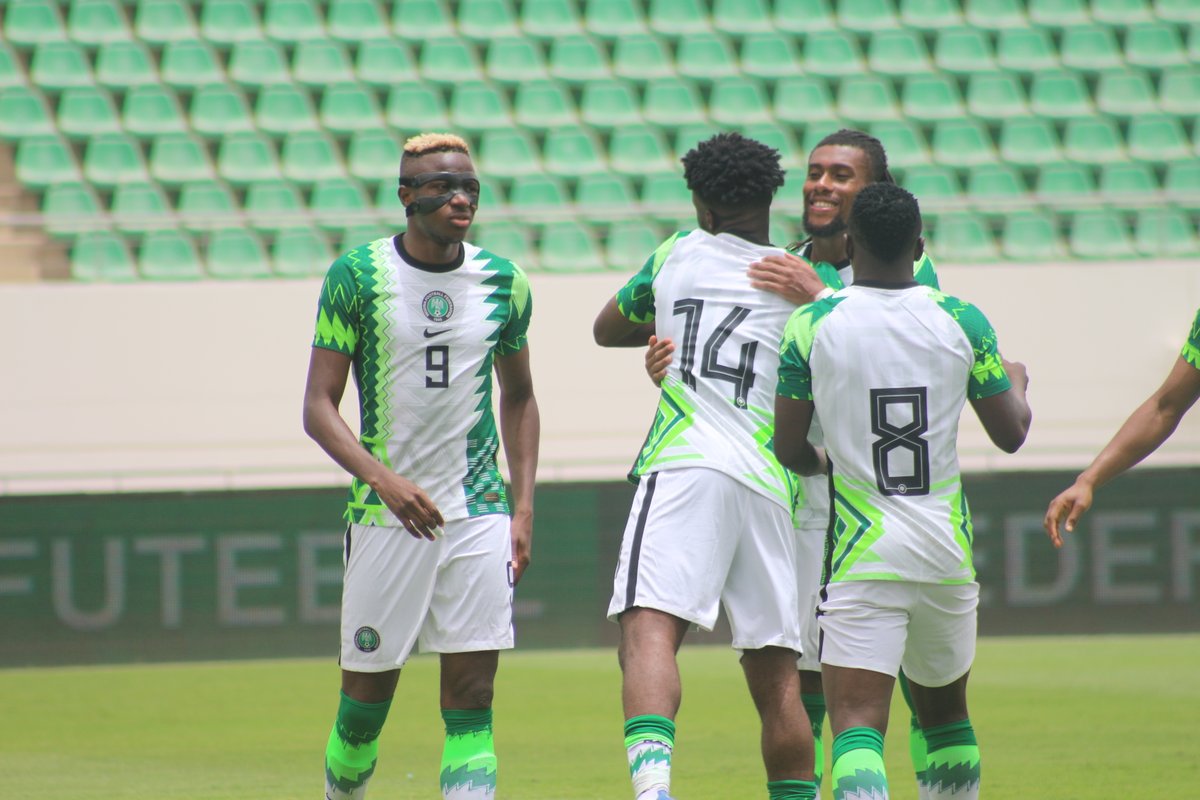 Sao Tome and Principe saw off Mauritius 4-3 on aggregate. Their home leg ended 1-0, while a 3-3 draw in the away leg sealed their spot in the group stage section of the qualifiers. They were the least ranked team during the draw for the group section. At the end of the draw, Sao Tome were in Group A with three-time African champions Nigeria, Guinea-Bissau and Sierra Leone.

In the first round of games in Group A, Guinea-Bissau thrashed Sao Tome 5-1 as the home team with ZinhoGano getting a brace in the second half to edge the hosts 3-1 up after Alfa Semedo had cancelled our the opening goal for Sao Tome player EbaViegas in the first half. Zidane Banjaqui and Jorginho also scored for Guinea-Bissau in the second half to make it an emphatic win. For the other group game, Alex Iwobi and Victor Osimhenscored as Nigeria came from behind to beat Sierra Leone 2-1 at home.
For the second round of games in the group, Nigeria set a new record for theirbiggest win margin on the international football scene after the 10-0 thrashing of hosts Sao Tome and Principe with Napoli striker Osimhen getting four of the goals to take his tally to five goals in two AFCON 2023 qualifiers. TeremMoffi also scored a brace for Nigeria, while the likes of Moses Simon, AdemolaLookman, OghenekaroEtebo and Emmanuel Dennis were on the scoresheet too. The other group game between hosts Sierra Leone and Guinea-Bissau ended 2-2.