Super Eagles of Nigeria midfielder Alex Iwobi was a starter as Everton and Watford played out a goalless draw in the Premier League. In the rescheduled league game, Everton dominated proceedings but they were unable to turn it into a much-needed victory. 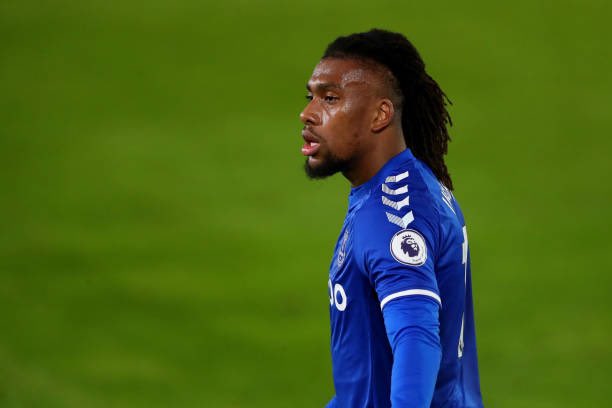 Watford have already known their league status ahead of the new season. The Hornets will spend next season in the English Championship aftertheir relegation from the Premier League was confirmed last week on the back of the 1-0 loss at the hands of hosts Crystal Palace. The Eagles got the win thanks to the first half penalty from star player Wilfried Zaha.

Nigeria international Iwobi and his Everton teammates were expected to take the three points on offer away from home against the Hornets who have the worst home record in the Premier League this season. In the end, Everton and Watford played out a goalless draw. An away win over Watford would have taken Nigeria midfielder Iwobi and his Everton teammates four points clear of Leeds United in the bottom three as the race to finish outside the Premier League relegation zone reaches squeaky bum time like the great Sir Alex Ferguson normally say.
Everton came into the Watford game on the back of two big wins against West London giants Chelsea and Europa Conference League semifinalists Leicester City. They were expected to make it three wins in a row at the expense of Watford, but the Hornets had other ideas as they were able to stop a poor run of eleven straight defeats at home dating back to the convincing win over Manchester United. Their last home win was the 4-1 victory over the Red Devils which led to the dismissal of club legend Ole Gunnar Solskjaer as their manager. Solskjaer was replaced by caretaker manager Michael Carrick before interim manager Ralf Rangnick was placed in charge of the first team.