Not too long ago, Real Madrid were being linked with an audacious double swoop for Erling Haaland and Kylian Mbappe this summer. As it turns out, neither transpired. The Norwegian ended up moving to Manchester City, a club that his father had played for during his playing days. On the other hand, the Frenchman signed a new contract with Paris Saint-Germain. While Mbappe’s decision to stay at PSG did leave a bad taste in the mouths of a lot of Real Madrid fans, there was no such feeling towards Haaland and it feels like they would welcome the Norwegian with open arms if he ever decided to make the move to the Santiago Bernabeu. 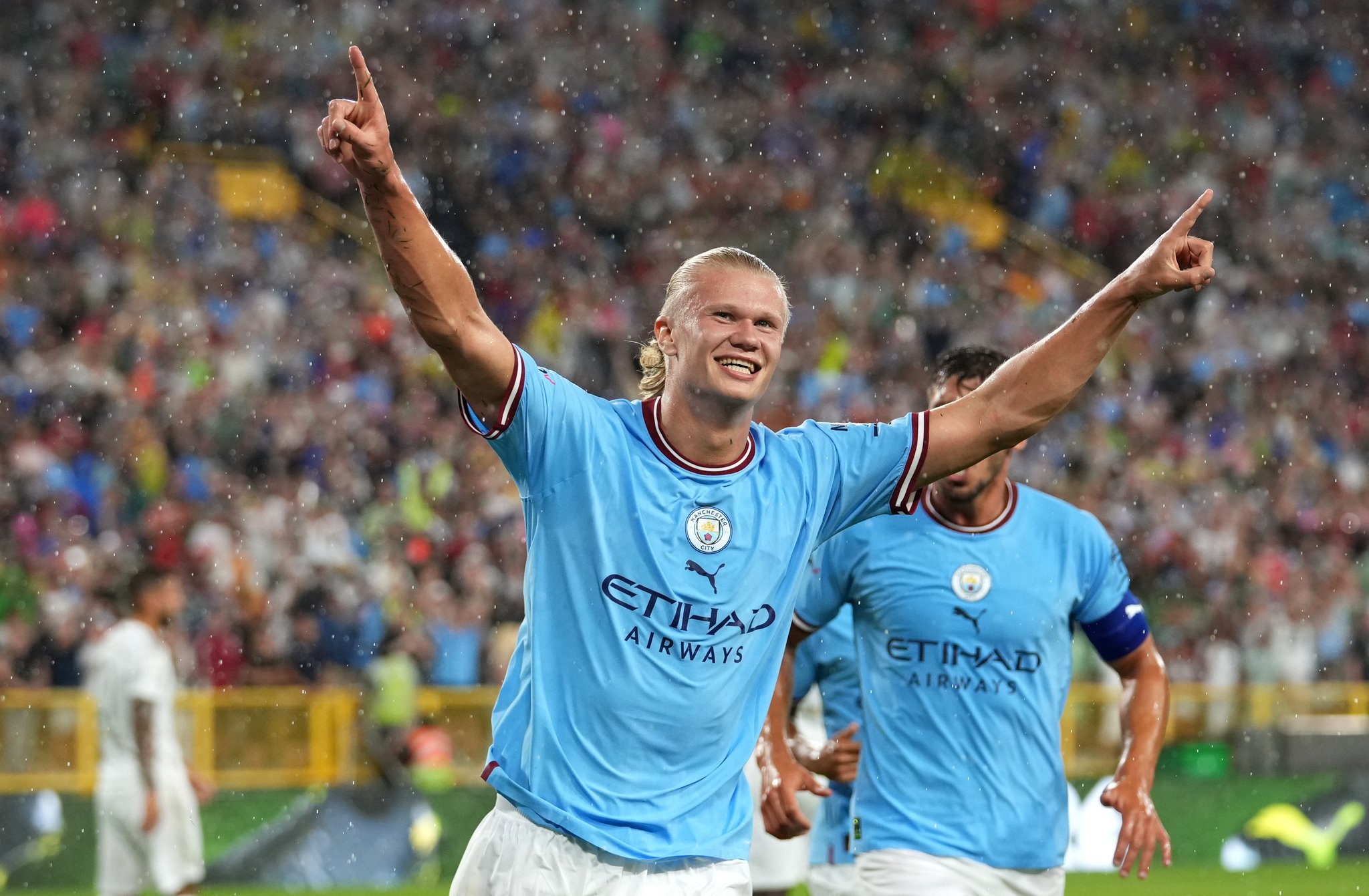 It does not feel like Haaland is someone who intends to spend his entire career at Manchester City and sooner or later, he would be expected to leave in search of a new challenge. As reported by AS, Haaland still dreams of some day playing for Real Madrid, which led him to negotiate a €180 million buy-out clause that takes effect in the summer of 2024. At that point, Los Blancos plan to make a move for him. It is safe to say that €180 million would be a huge transfer fee to pay for any player. But then, Haaland seems like something special.

He could be the one to finally fill the void left behind by Cristiano Ronaldo. Not only does he seem like an incredible goalscorer but he could very well be the next face of football as well. Real Madrid were believed to be ready to shell out that kind of a transfer fee to sign Mbappe some time back thus do not be surprised if they decide to bring out the chequebook for Haaland in the future.
Former Man City player Nigel de Jong has urged his former side to do everything they can to keep the young striker beyond next summer and stop Real Madrid from getting him.